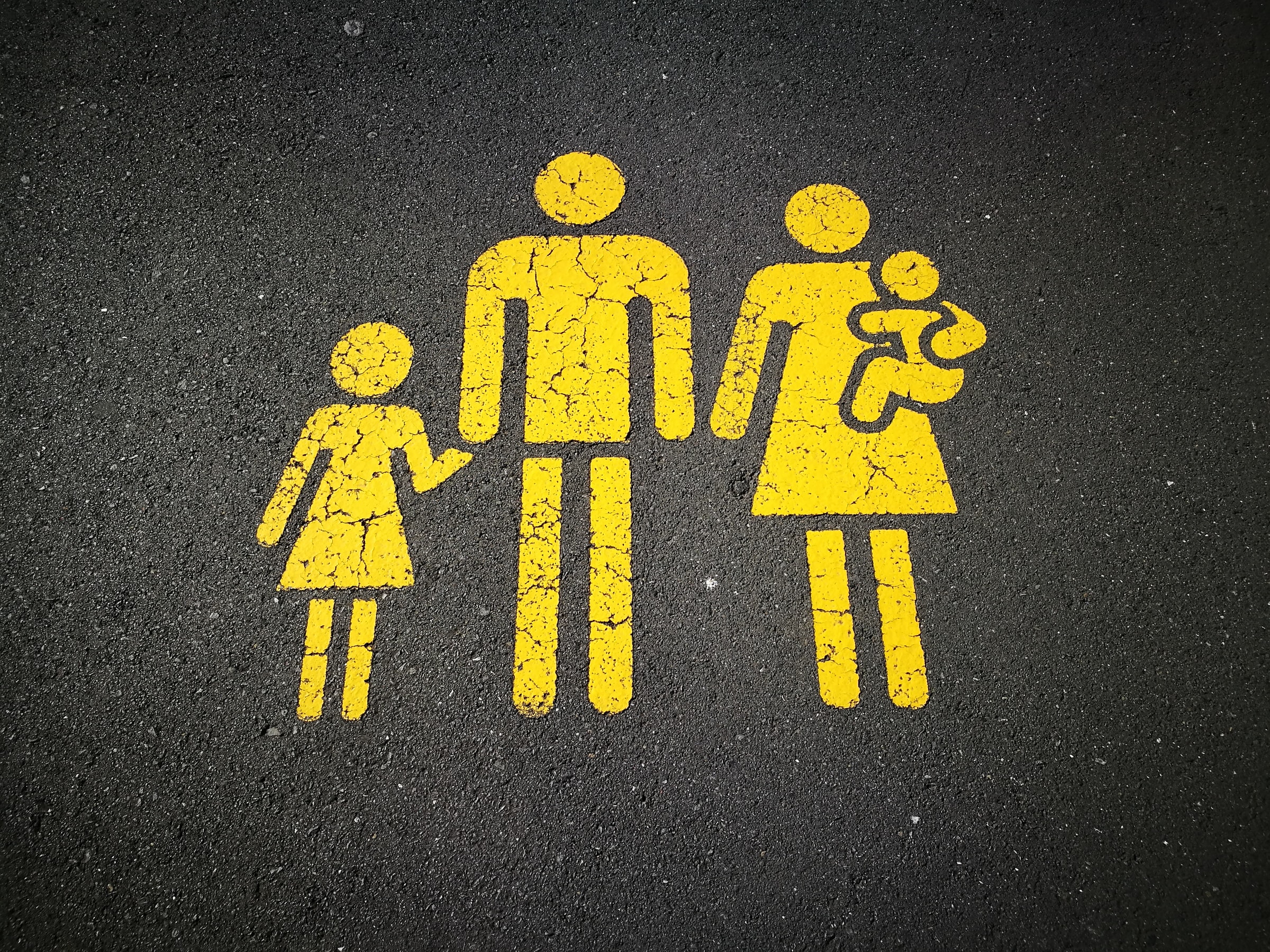 Through legislation, taxation and public policy the State apparatus has sculpted the institution of the nuclear family in its own image

Despite what Hollywood movies teach us about family providing the most valuable relationships in our lives (the kind you’d sacrifice anything for), family can also be the source of something very dark. Nevertheless, both ends of the political spectrum continue to praise the merits of the family, making very little effort to collectively reflect on this dark side. Likewise very little thought is given to the family’s role as the social foundation of our economic system. In fact, it seems to have only become acceptable to explore the boundaries of gender, reject normative lifestyles and embrace different sexualities as long as you channel your energies into some form of family- or reproduction-oriented arrangement. Acceptance of the LGBTQIA world has come at the cost of having to adapt to a certain kind of family model, and meanwhile we are losing our grasp on the critical thinking generated by feminist movements of the 70s that questioned the the family as the ultimate, ubiquitous relational model.

We all seem to aspire to one form of family or another, but we should ask ourselves: What kind of family? Culturally speaking, the ideal that we end up aspiring to, even unconsciously, is that of the middle class family. Therefore, if our goal is to fill our lives with possibility and push towards a more just social model, we must understand how this ideal works, however difficult it may be to objectively analyse our own experiences. For example, how does the family unit relate to class reproduction? In one of the chapters of Emmanuel Rodríguez’ skewering of the middle class ideal, El Efecto clase media: crítica y crisis de la paz social (English: The Effect of the Middle Class: Critique and Crisis of Social Peace, Traficantes de Sueños, 2022), he argues that there can be no middle class without the family, nor without the State.

This book sheds light on Spain as a society dominated by the cultural phenomenon of the middle class. In Spain the middle class is not defined as a political subject or an ‘objective’ socioeconomic stratum, but instead entails a sense of social belonging held by the majority, a subjective condition that enables the existence of a societal consensus on which to base liberal democracy. ‘What we think of as middle class society (…) appears as a political production largely mediated by the State,’ Rodríguez states. Thus, it is the middle class that receives the most resources and wealth from the State, despite what certain sectors of society may believe and no matter how much the far right insists that it all goes to migrants. The effect of this situation is that when the middle class dominates, any possibility ‘of reaching a tipping point with regard to social issues of redistributing power or wealth is easily blocked or simply left to die on the vine,’ writes Rodríguez. In other words, middle class society is a pacified society where divisions and fault lines remain hidden or covered up. This rules out the possibility of major social movements that lead to significant transformations in the political system, something we previously referred to as class struggle. The configuration of our middle class also shapes the social aspirations and dreams of the majority, which ultimately limits political representation, given that representative democracy itself is built upon this middle class.

Rodríguez conducts a historical review and comes to the conclusion that if the working class originally existed without family (the first wave of industrial capitalism was more inclined towards dissolving the family than supporting it), then the middle class has always been a family-oriented system, i.e. a class that requires the family in order to exist, to maintain its social and economic standing. ‘The main prerequisite for the middle class lies in the institution of family,’ Rodríguez summarises.

But when we talk about family, we have to continue insisting that, to this day, it still thrives off of hierarchical relationships based on the subordination of certain genders, ages, races and migration statuses. Women continue to be associated with care despite the advances made by the feminist movement, and the role of women as caregivers is intrinsically embedded in the family in one form or another. It is also within the family that men commit the most violence and sexual assault as a direct result of the adherence to established power dynamics among genders. It is still an institution whose purpose is to control women, children, those labelled as sexually deviant and anyone else who does not adhere to societal norms. In fact, it is the institution most responsible for transmitting, policing and enforcing sexual norms.

The relationship between care and migration has been extensively studied within the feminist movement and Rodríguez picks up with this critique to explain that the middle class family in modern-day Spain depends entirely on the work of migrant women. In fact, it is the European country with the highest consumption of domestic labour, and it is this devalued and outsourced domestic labour that allows middle class women to participate in the job market at a time when the average salary is decreasing. If it wasn’t for this cheap source of labour, middle class women would have a much harder time keeping up with the enormous workload involved in raising a family in a country with few public resources allocated towards care.

In order for domestic work to remain affordable, migrants are not given access to the same labour rights as other citizens. In other words, the State is actively using labour and immigration law to intervene – it’s no coincidence that promises of equal rights have systematically and consistently failed to materialise. Without these workers, the middle class family – now based on a two-salary model – would find it very difficult to survive, and the birth rate would probably fall even more than it already has (despite Spanish women expressing that they would like to have more children than they actually do). ‘For the middle class in Spain, cheap migrant labour had major effects, especially in terms of upholding mechanisms of class reproduction. In a very direct way, this workforce has made it possible to alleviate the typical crisis of care in the nuclear family home and to ease the tension that arises when choosing between employment and reproduction,’ Rodríguez explains. ‘They are basically used to complete reproductive tasks and to preserve the status quo, ways of life and consumer habits of the middle class,’ the author adds. A good chunk of the middle class lifestyle, and the consumer opportunities it presents, is therefore based on migrant labour devalued by immigration law, including care work, personal services, leisure, gastronomy and food production. This reveals that it isn’t that migrants aren’t wanted, but that they are only wanted as unquestioning subordinates who refrain from organising, demanding rights or accessing State resources.

This example shows us how the middle class family is maintained by continued state intervention – intervention that legally sanctions its capital, both economic and cultural – but also by specific targeted actions and policies in areas such as taxation, housing, education and public employment. To give a few more examples, the tax system in Spain still allows for an annual deduction of 3,400 euros for married couples who file a joint tax return, the ‘Minimum Vital Income’ is only given to families, and there are many types of social benefits and public policies that only benefit those in a family unit.

The involvement of the state is inextricable from the fact that the family is essential for class reproduction within the capitalist system because it enables the transmission of social and cultural capital, class customs and attitudes that are passed down via caregivers. In fact, according to the author, all care is employed in class reproduction. To care is to assign class and reproduce a certain social status, something that we often forget when we talk about ‘centring care’. Are we talking about an abstract and idealised form of care or one rooted in social differences? Are all forms of care equally ‘valued’?

We must also consider class reproduction in a material sense. As we have said, the family is the economic basis for nearly all accumulation and transmission of wealth. Moreover, in the ‘society of homeowners’ that we live in, where owning real estate carries so much subjective and material weight, the State regulates the indispensable mechanism of inheritance, without which wealth would not be passed down or remain within a single genealogical line. What would our society look like without this mechanism of class reproduction? It would completely change things, no doubt. However, we continue to discuss whether or not inheritance tax is legitimate. In fact, during this neoliberal period faced with so much work precarity, the lowest levels of social mobility, increased housing prices and the reduction of State welfare, family wealth is increasingly important, affording it even more control over society. This is where the fiction of meritocracy fails and we revert to social strata that are as rigid as in the 19th century. Therefore, the family, despite what Vox may say, is not at all ‘natural’; it requires constant action to be taken by the State. ‘There is nothing particular about reproduction that necessitates this familial format,’ says Rodríguez, and of course there is nothing that ties the family to any gender-specific division of labour. In fact, as Melinda Cooper explains, even the nuclear family structure – considered to be the ‘traditional’ model – is largely an invention of the welfare state, achieved through measures such as the family salary – a model which is based on paying the man a sufficient salary to take care of his wife and children – and the very social benefits that reinforce the family model and which, in one way or another, still continue today.

Today the middle class is in crisis. Academic degrees have lost their value, it is increasingly difficult to acquire property, the labour market is incapable of guaranteeing a sufficient number of stable and well paid professional employees, public employment fails to offset this shortage and the welfare State is in a weakened, deteriorated state. Paradoxically, as we have pointed out, this crisis of the middle-class, far from negatively affecting the family, is only strengthening its economic role. This results in a wide range of consequences because, when dependence on family resources increases, the family wields more authority, making it difficult for individual family members to maintain any level of autonomy, particularly young people, women, LGBTQIA people and those who do not conform to gender norms.

In order to successfully gain more agency in this type of environment, there is no other alternative than to band together and share the resources needed to live under such conditions, i.e. a commons-oriented approach. It is absolutely necessary to remove the economic role that the family plays in supporting and caring for the welfare of individuals. This can be done by supporting both direct and indirect income distribution, improving work conditions or promoting new ways of acquiring income that do not depend on employment, such as a universal basic income. After all, the best family policy is that which enables all individuals to not depend on their parents or family line, that which guarantees everyone a certain quality of life, independent of what kind of family they happened to be born into – rich or poor, generous or stingy, caring or cold. Most importantly, this will also allow us more possibilities to experiment with or develop new, alternative family arrangements and value other necessary social relationships such as friendship and camaraderie.

Produced by Guerrilla Translation under a Peer Production License 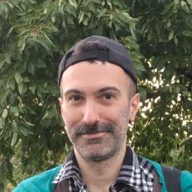